Invoked
I released a one shot gothic horror tale in April. The story is about two sisters who inherit a creepy house filled with weird creatures. I still have plans to continue the story at some point in a short run series. You can purchase Invoked on ComiXology . There's a review here and an interview about it here 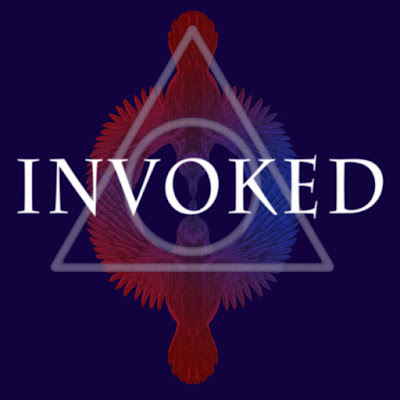 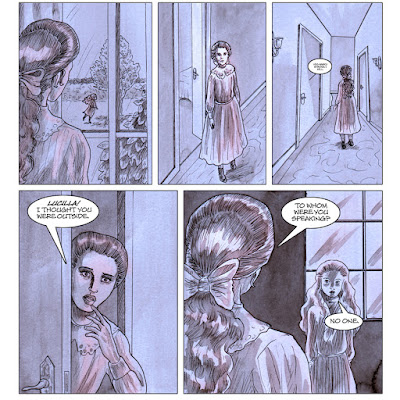 Don't Fall
In May I released a Fantasy story one shot called 'Don't Fall'. I had the idea for it when I was on my way back from Emerald City Comic Con. Normally, I come back from conventions drained and full of post-con blues but ECCC  really inspired me. On the flight home I had lots of ideas and I started work on them as soon as I got back. 'Don't Fall' was really enjoyable to make and I was surprised at how well it was received. You can buy Don't Fall on ComiXology and you can read reviews here and here. 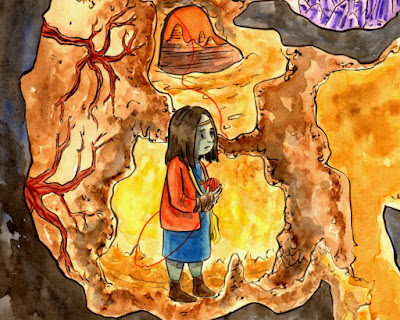 Not Forgotten is a huge anthology featuring new takes on public domain golden age characters / stories. I teamed up with writers Jeffrey and Susan Bridges on the story ' Cannibal Planets'. Not Forgotten was successfully funded on Kickstarter in February.

MANthology is an anthology that takes a fresh look at gender based tropes. Created and published by WoNBaTs (Women/Non-Binary/All-Trans Comic Creators League - Formerly Ladybugs), it was released in March. I worked on two stories for the book - 'Motivation' and 'Sleeping Jerkface'. 'Motivation' was a role reversal look at the disposable girlfriend trope ('Women in refrigerators' as coined by Gail Simone). I wrote the story and Brian Wimberly did a superb job on the art.
'Sleeping Jerkface' is a twist on the classic tale of Sleeping Beauty, written by Jeffrey and Susan Bridges, with art by me.

The Mine! Anthology from Comic Mix was successfully funded on Kickstarter, you can still preorder it through backer kit or order it at your local comic store using this code: NOV171491

The anthology benefits Planned Parenthood. As well as being for a great cause which really needs support right now, the book is filled with amazing contributors. I still can't believe that not only was I able to contribute to a book alongside creators who inspired my journey in to comics (such as Neil Gaiman and Jill Thompson) but I also got to work the incredible Gail Simone.


Kymera Press
This year I also started working for Kymera Press - an independent publishing company founded by writer Debbie Lynn Smith to create opportunities for women in comics. I work as an Art Director on their 'Pet Noir' series and on the recently announced 'Ivory Ghosts'. I've had the opportunity to work with amazing art teams on these books. I give them annoying notes and they send back beautiful artwork, it's wonderful.

I'm ending the year working on a fun sea monster one shot comic, should be done for early next year as a digital edition and hopefully a small print run edition too.

I actually ventured out from my Goblin cave, I mean 'art studio', and met people and talked about my work. It went about as well as could be expected.

I signed some MANthology books at the launch at the Comic Bug in Manhattan Beach. 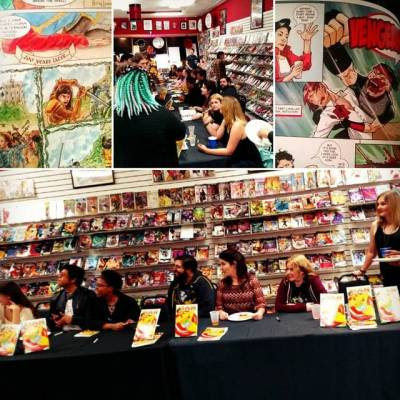 
And I signed some 'Mixed Signals' at ECCC. Apologies if you got a signed edition - I did some really random doodles in them.

I also did some interviews on actual podcasts:  Fanbase Weekly and WTC
It's best to listen to them with the volume turned off.

I only did one exhibition this year. I hadn't planned on doing any but then Creature Features announced they were doing a Buffy show in November and I couldn't pass that up. So I emerged from my cave once again, with two new Buffy inspired paintings.

I opened a new Etsy store for prints and original art. If I do some small print runs of comics next year they'll be available on there too.

I also had some art work in the 'Under the Sea' book . I haven't seen the book yet so I'm not sure which pieces are in there.


I went to a lot of conventions this year, although maybe not as many as last year, which is probably a good thing. My favourites were ECCC, Monsterpalooza and Designercon. I loved the The Star Trek exhibition at MoPOP. I also want to mention the (J)awesome JAWS event that the L.A. Conservancy put on this year. I was very happy that I got to meet Joe Alves, and the panel discussion was great, and of course, JAWS is always worth seeing on the big screen.