Cthulhu is Hard to Spell - live on Kickstarter

'Cthulhu is Hard to Spell : Battle Royale' is the third installment of the hugely popular Anthology series. Over 75 creators have contributed to this volume and it's currently seeking crowdfunding on Kickstarter:

I teamed up with the legendary Trina Robbins on a story for this collection. It's a really fun story and I'm so happy that I got to work with Trina.

It's called 'A Date with Cthulhu' and here's a little sneak peek as I share my process: 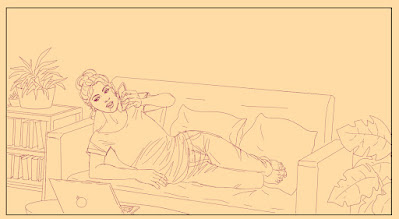 After a very rough layout I went straight into pencils. Trina's script was very evocative so I was easily able to picture it in my head. As I'm pencilling and inking it all myself and because I'm working digitally I don't need as much of a distinction between the different steps. If I needed to pass it on to another artist or if it needed levels of editorial approval I'd be a bit more precise at each stage. The beauty of working digitally though is that it's generally much easier to edit than working with traditional methods. So if an editor does ask for changes it's not a problem.

Next up is Inks. I'm working in Clip Studio Paint. I've been leaning toward more of a clear line style, using color to add weight and to separate out planes. I like the standard milli pen for this. 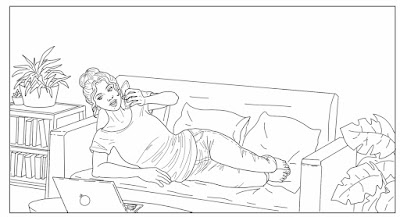 Then color! Starting with flats to block out the shapes. Usually these would be random colors to save time but I had already worked out the palette in my head so I went straight in the colors I wanted. 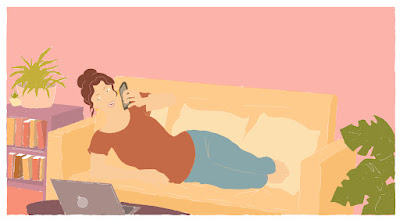 I went with a muted palette and soft peachy pinky lighting to give it a retro romance feel.

Here's the final colors with shadows, highlights and texture added. 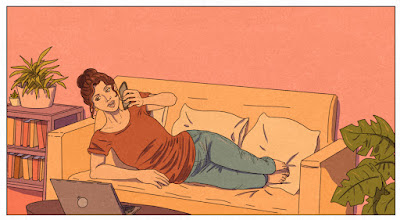 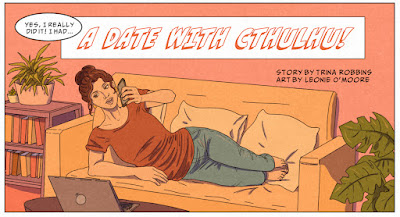 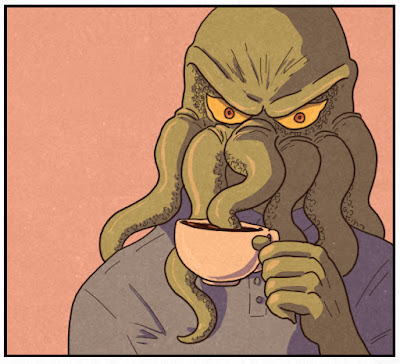 Please check out the Kickstarter campaign, there are so many wonderful stories in the book!