If you follow me on Twitter or Instagram you may have seen that I've started work on a new Graphic Novel. It's an original piece that I'm writing and drawing myself. The working title is 'Sea Wraiths of Pangley'.

It was an idea, or rather an amalgamation of a few ideas, that I'd had for a long time. I had a partial script lying around and some unexpected downtime between larger projects so I decided to make a start on it. I'm working on a couple of other projects (that I can't talk about) at the moment and they have random breaks so, I thought this would be a good project to do during those unpredictable lulls.

I have a lot of scripts and ideas lying around but out of all of them this seemed like the project that would be easiest to put down and then come back to later.

The script is currently 124 pages but I have been making changes as I've been drawing it and some pages have been added as I decided to expand scenes etc. I've got almost 50 pages as far as the inked stage and a few more penciled, and a few more thumbnailed. I think I'll probably get a flatter to prep the pages before I color it and I'll definitely get a letterer but I haven't thought much past that in terms of production.  I don't have any publishing plans yet. I'm just enjoying chipping away at it at the moment. It's nice (and unusual) to have a substantial project that's low stakes with no deadlines. My webcomic 'Trick of Time' was previously the thing I used to work on as a personal project between other work but it was very demanding timewise as it needed to be released to a schedule, making it a lot harder to juggle. 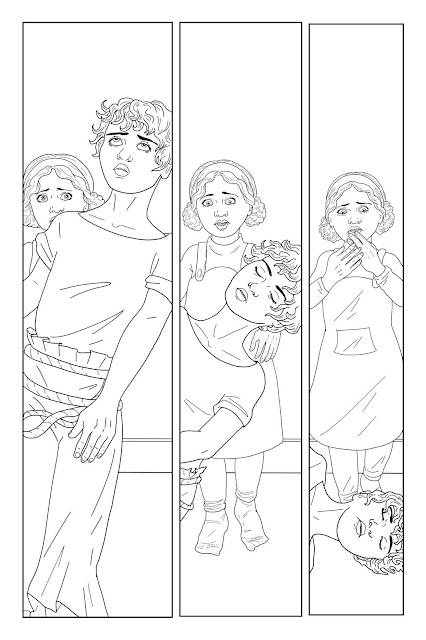 Anyway, I've been sharing some bits and pieces as I go. Nothing too spoilery and nothing to give away too much of the story. I'll keep sharing progress on social media but I will also do a few longer posts about the story and the process here on my blog. I'll also try to remember to post to Ko-Fi, where I'll put any 'coffee' money toward paying for flatters and letterers for the book. Join me on my journey! 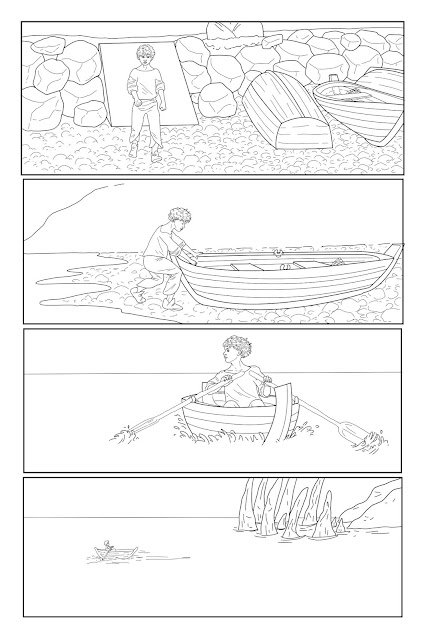