Greendale's the way it goes...

It's been a crazy week.

I attended the annual fundraiser for the Geena Davis Institute on Gender in Media (thanks October for making that happen!) and I got to meet Geena herself. She is an amazing person. The institute is doing much needed research in to gender representation and the effects of it, on and off screen. I also recently attended a panel discussion they hosted on diversity in television and it was hugely informative. You can find out more about the institute here: http://seejane.org/

Then I got to see The Soup being taped (which is always a blast) and Joel invited us to the Community set.
Community is one of my all time favourite shows, so it was very surreal being on set and meeting everyone. The cast and crew were all so friendly and welcoming, it was amazing! I was geeking out the whole time, we saw some scenes being shot in the study room. THE STUDY ROOM! (If you're a fan of the show you'll get it). And I'm still geeking out that we got to meet pretty much everyone...Britta, Annie, Abed, Chang, The Dean, Leonard, Garrett and a new character (shhh!), and of course Winger, who invited us there. They were all so nice!
It happened to be an episode directed by Rob Schrab, who's also a comic creator and animator as well as a director. I've been in to his work for years (since I first saw a copy of Scud: the disposable assassin) so it was wonderful to meet him too and talk comics.

It's been a while since I mentioned comics, and it may seem like I haven't been doing much but it's actually because I've been doing a lot, working very hard on some new projects. 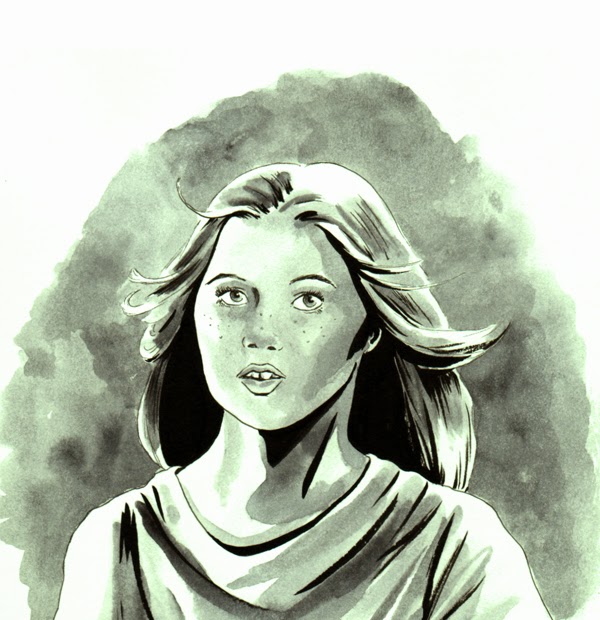 Lord is my new graphic novel, it's currently being lettered (thanks to the wonderful Colin Bell!) and should be available next year. It's a horror /drama set in Ireland in the 1970's. 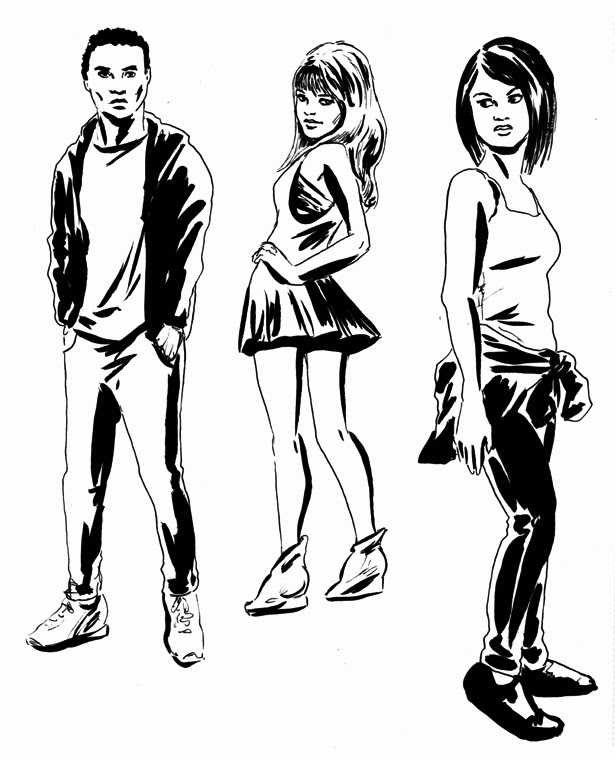 I'm working on a new graphic novel, I'm just finishing off the initial pitch at the moment. It's another horror book but with a very different tone. Above are some of the character sketches. I'm going for a heavier inking style with a light wash over the top, it'll be quite different from my other work.

I've also been working on a few other projects this year, collaborative pieces, which have yet to emerge. Hopefully they'll be out next year so I can talk about them.

Meanwhile, here's some stuff you can buy...

I've added new art to my Society 6 store, which has promotions running all this week (check out my facebook page for promotional discount links) Also, I've got a new store over at Zazzle for greeting cards (I'll be adding other products in the new year, such as skate decks).