March 25, 2014
I'm excited to announce a great new comic. Comic Heroes magazine and Comic Review digital magazine will be running a series of new strips based on old DC Thomson characters, thanks to a project developed by the Glasgow League of Writers(GLoW).
I've been working on 'Scarlet Star' which is based on the Red Star Roberts (1930s - The Wizard) and Red Star (1970s - Hotspur) strips.
Scarlet Star is written by Sam Read ( http://samreadwrites.com ) and lettered by Colin Bell, with artwork by me. We'll be introducing Scarlet Star this week with a 6 page strip in Comic Review issue 9. 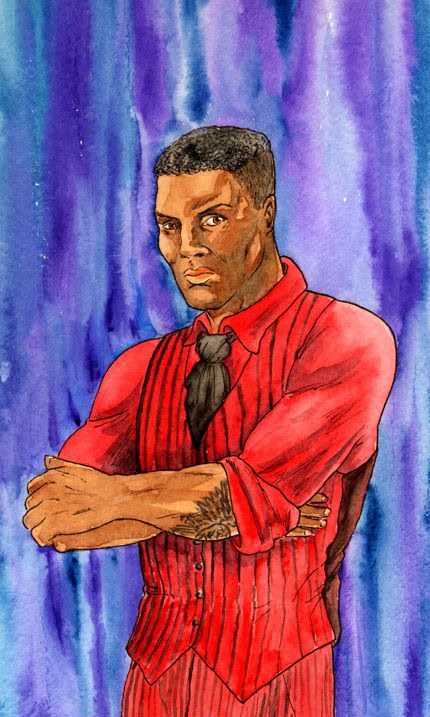 Here's a list of the other strips they'll be running:

An article over on Comic Buzz about how the project came together:
http://comicbuzz.com/2014/03/a-new-future-for-old-heroes/