Here's a bunch of X-Men.

February 09, 2012
I like to see how artists work. I like to see the process behind an image. And I especially like it when artists blog about it. So I thought I'd make more of an effort to do that on my own blog.

This week is X-Men week over at The Weekly Themed Art Blog. I decided to do three images, mainly because once I start drawing comic characters I find it hard to stop.
So, here's how I went about it.

Wolverine.
Wolverine is one of my favourite comic characters ever. He's super awesome. He gets to have mutant healing powers and an adamantium skeleton and claws. But, he's a character I don't really try to draw very often. It's tough when you really like a character, especially one that's been handled so well by many incredible artists (Darwyn Cooke's version of Logan is probably my favourite, Bill Sienkiewicz
did an amazing Wolverine too), whenever I draw him he never quite looks right to me, I think that tends to happen with iconic characters. So I started off with a really loose sketch, focusing more on the feel of the piece rather than the detail: 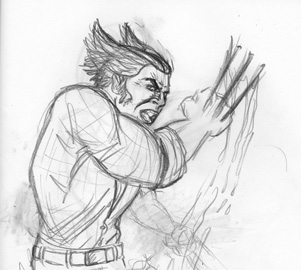 Then I refined the pencils a bit more, mostly to work on the face and also sort out that hovering left arm. 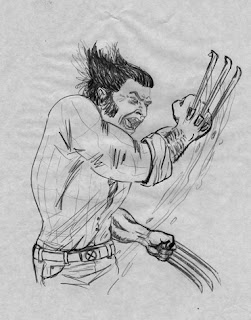 Then I inked it on to some A3 Bristol board: 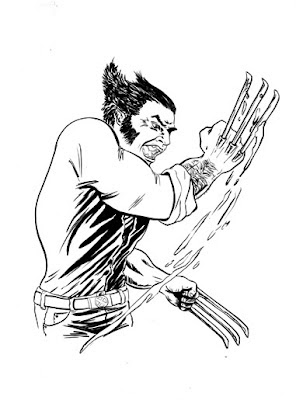 I added more detail during the inking stage too. I didn't want to add in a full background or leave it white, so I painted in a strip behind him using watercolour and indian ink: 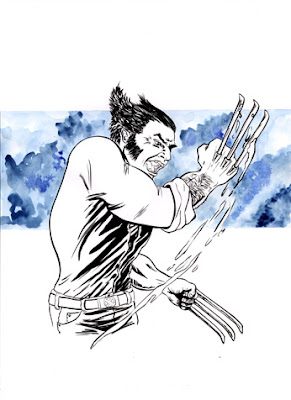 After I'd painted the background, I painted the figure. I built up the colour with watercolour washes, which I think worked pretty good for his shirt. Here's the final version that's over on the Weekly Themed Art Blog: 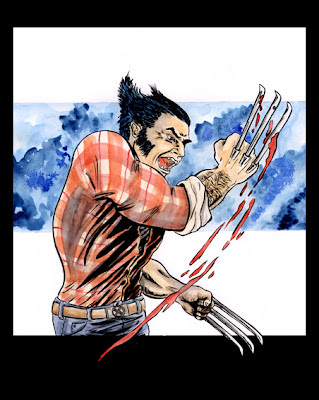 Mystique:﻿
I've always liked the character design for Mystique and I thought the blue skin / red hair combo would be fun to paint. I went for a full body pose because I like her outfit and wanted to draw the whole thing (especially the skull belt!)
First a sketch: 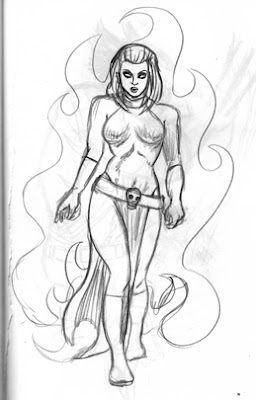 I went straight in with the inks, deciding to add the rest of the detail as I went: 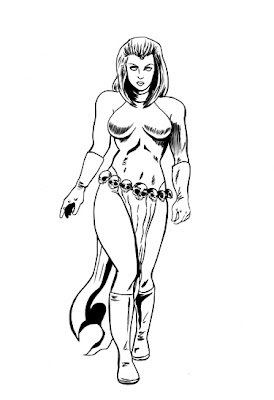 Then some watercolours and indian ink behind her for a background: 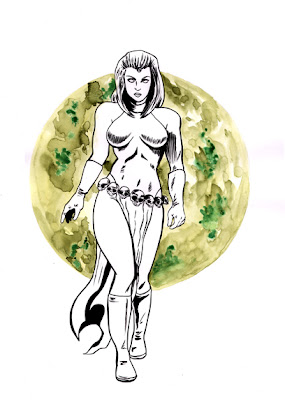 Then I built up washes of watercolour: 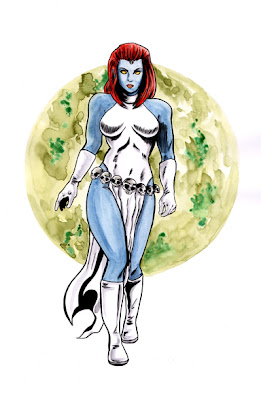 Psylocke:
Psylocke is a crazy character, it seemed like every time I picked up an X-men comic she was someone else or had different powers...I had no clue what was going on with that character.
This picture pretty much drew itself. I didn't think about the pose or anything, I just put pencil to paper and before I'd even decided who I was drawing, this had happened: 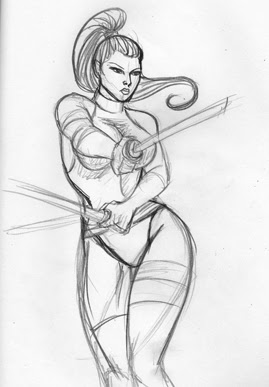 So I just went with it. Here are the inks: 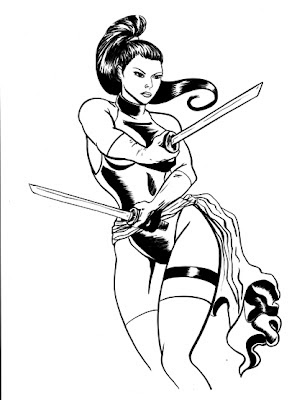 Then the background, watercolour and indian ink again: 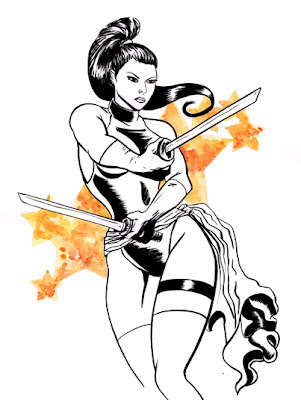 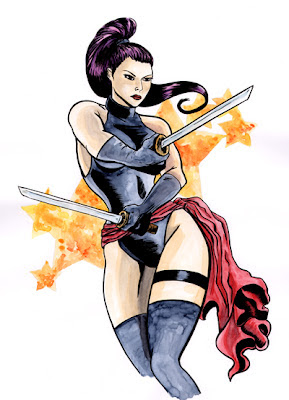