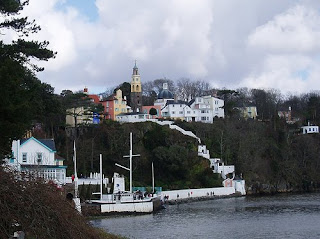 Easter Sunday consisted of a lengthy but amazing road trip with Nick, Katie and Andy to Portmeirion. A Welsh holiday resort made famous by the tv show 'The Prisoner' (also used as a location in some other movies and in a featurette about Iron Maiden). I'd wanted to visit it since I'd discovered it was a real place.
It's so odd. It was built by Clough Williams-Ellis (1883 -1978). His intention was to build a resort that would not detract from the natural beauty of its surroundings. Portofino is often credited as the inspiration, but really it's a mish mash of styles and periods, with custom made pieces sitting alongside antique structures which Clough relocated to his village. Some of the bizarre features include a random Buddha statue (salvaged by Clough from a film set!), a stone figure of the goddess Friga from the 1700's (Clough wanted all the Saxon gods but this was the only one left at auction, possibly because as the goddess of Fridays she was believed to be unlucky), a dog cemetery (including one secret cat which was buried undercover of night), a statue of Shakespeare leaning over a balcony, and of course the Round house (number six's house in the tv show). And it's full of fish related details and adornments, so it kept me greatly amused. It's an incredible place.
More photos: flickr 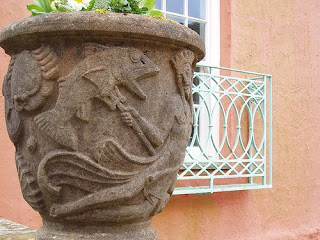 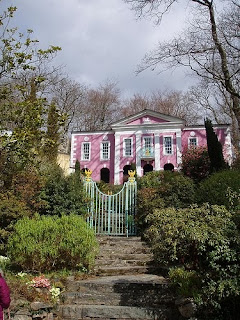